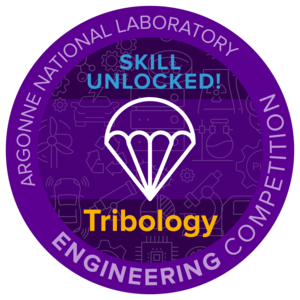 A participant who completes this badge will develop a comprehension of the principles associated with the field of Tribology, the study of friction and lubrication. This activity will focus on Leonardo Da Vinci's design for a parachute. Participants will use his design to build a replica of the parachute then using the knowledge gained from his design attempt to build an improved model.